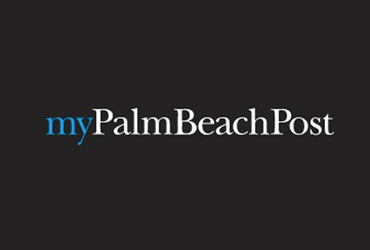 For Palm Beach County’s public school students who receive free or reduced-priced meals, spring break can be a time of hunger.

About 45 percent of the county’s 193,000 students participate in the meals program, and until now, there has been a gap during spring break.

A coalition of groups spearheaded by Living Hungry, Farm Share and the South Florida Hunger Coalition has declared a “war on hunger.” They’ve stepped up to the plate with the goal of providing 1 million boxes of food over the next few months, starting with spring break. The boxes are filled with 18 items, such as cereal, canned ravioli, pudding, raisins and shelf stable milk.

“We are ending hunger for spring break. No kid should have to go hungry,” said Maura Plante, founder of Living Hungry.

Plante estimates the 3-pound food boxes will go to more than 35,000 students at 90 schools from elementary through high school.

The trucks are bringing the food from U.S. Army barracks across the country and from Farm Share warehouses in Florida.

Others involved include the Palm Beach County Sheriff’s Office, Restoration Bridge, Daughters of the American Revolution and numerous other nonprofits.

Plante said the food needs to be distributed before its expiration dates of July through October.

Over Christmas break, Living Hungry worked with a nonprofit partner food group called Restoration Bridge to provide food for schoolchildren and the homeless. Mecca Farms west of Lake Worth served as the distribution center for about 25,000 food boxes during what was dubbed the “Christmas Caper.”

The distribution starting with the schools is an even larger effort. Volunteers working two-hour shifts have helped sign in the schools and load boxes into vehicles.

Jason Portman, director of operations for the Connections Education Center, was working up a sweat Wednesday, loading 240 boxes onto a small school bus.

The need at the charter school for children and teens on the autism spectrum is particularly pressing, Portman said.

“We have 83 percent of our kids on free and reduced lunch. They are very picky eaters,” Portman said.

Some children are on restricted diets, and the families’ grocery bills are often high because of that. In addition, some of the students are very active and require more food.

“This little bit of help relieves their stressors,” Portman said.

After that, Nonprofits First, a group of charities, will take over the distributions.

Then the Girl Scouts will become involved, with a goal of distributing 125,000 food boxes.

Individual Girl Scouts can earn a badge by identifying hungry people in their community and delivering the food to them.

Former Palm Beach County Commissioner Jeff Koons, who facilitated the lease, said it’s disturbing that a wealthy county such as Palm Beach has a hunger problem that includes everyone from schoolchildren to 40,000 seniors with incomes below poverty level.

The county has a hunger-fighting initiative that operates through the United Way, Koons said.

Want to make a one time or monthly donation?